When you have dedicated most part of your professional life (and not only) to this university in this country you may find it quite interesting to hear the (former) prime minister of the country (the leader of a government which, among other heroic deeds, made a “reform” in universities), when talking to the parliament, to ascertain that the Greek university and its people are incompetent and corrupt. It is even more interesting to see an emerging consensus among prime ministers, ministers of education, other politicians and journalists, regarding the necessity to depreciate the Greek university.

Indeed, this depreciation was a presupposition to tear down the democratic organization of the university, in a country which is the cradle of democracy, and replace it with an unprecedented oligarchic system controlled by the political establishment. Some in the academic establishment also contributed to such depreciation and supported the government’s “reform”, with the apparent aim to gain power in the redistributed power game. In our university very few gave their support to the government publicly; however there were many more, particularly from a specific group, from which I divorced as soon as I understood the majority stance with respect to this “reform”.

In the last two years our university has had to struggle to survive the “reform”, accompanied by huge job cuts, in order to continue to operate as it did before, for the benefit of our students and our country.

It seems we did it quite well and this is also reflected in our international rankings. For second year in a series, the QS World University Rankings gives our school, the School of Civil Engineering of the National Technical University of Athens (NTUA) very good rankings: 28th in the world and 7th in Europe among civil engineering schools. Europe’s top thirteen civil engineering schools that rank among the top-50 of the world are shown in the figure below. Interestingly, a more detailed investigation reveals that among these thirteen only the NTUA and Karlsruhe schools do not have tuition fees; all others do. 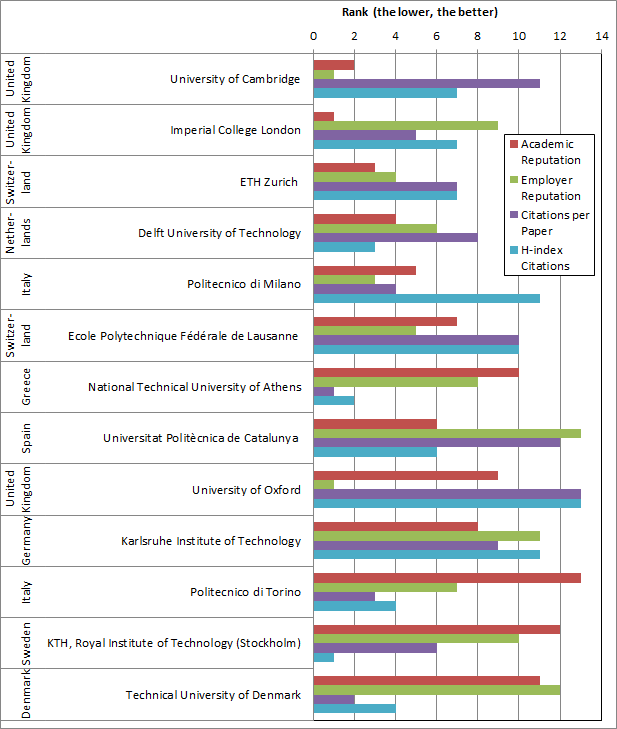 Although I haven’t read in detail how each score is calculated, I understand that for the last two criteria the Scopus bibliometric database is used. However, a Google Scholar search is easier for everyone (no subscription is needed) to perform and see who have contributed to our school’s very high bibliometric scores. The first out of four pages is reproduced below. 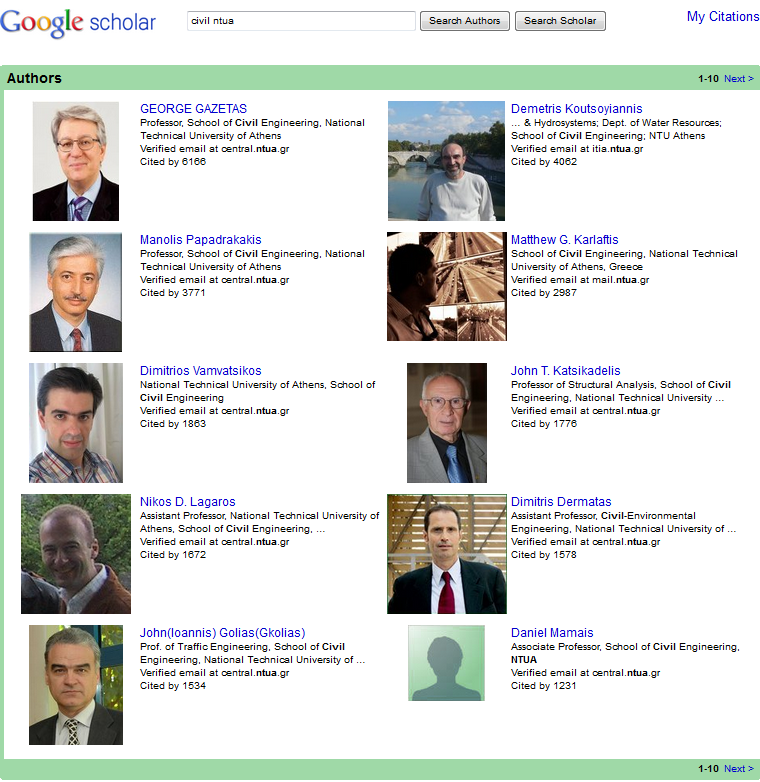 If you think that I have put the above image to “bless my beard” you are right. I am proud that I have contributed, along with my other colleagues, to our school’s good rankings. And this is my small-minded revenge over the politicians and their academic supporters who have orchestrated the hype about the Greek university.